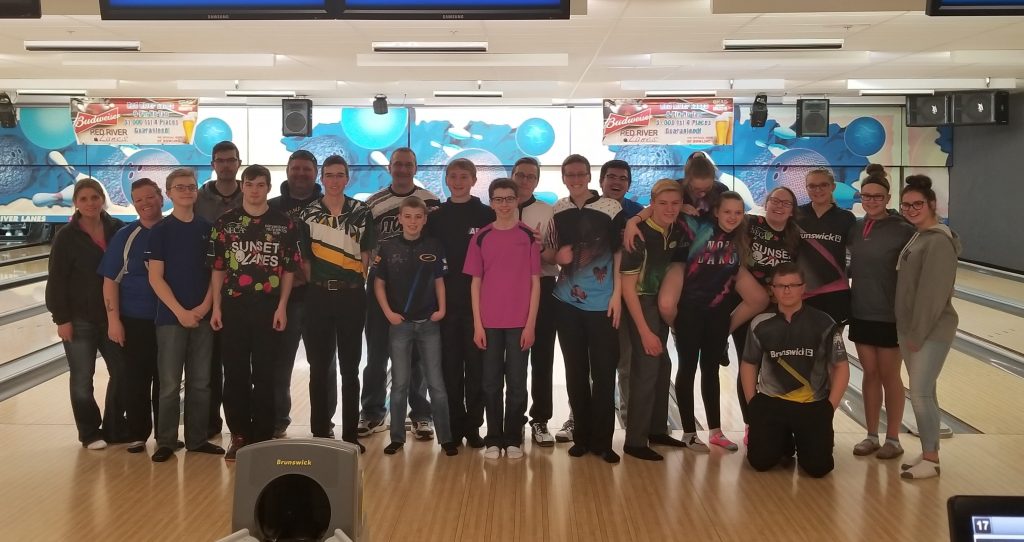 The USBA Tournament Series was at Red River Lanes in Fargo, North Dakota on March 25, 2018. The tournament had 26 youth entries and awarded $708 in scholarships in 3 different flight categories.  High qualifier for the day was Nic Heilman.  The bowlers battled on a Mark Brown house made pattern of 41 feet.  Congratulations to Gage Schatz and Calaeb Sapa for winning spots at Jr Gold in Dallas.

Fargo also had 6 bowlers in our adult division with $150 in prize money.

In the first stepladder match, Jamey Kragh defeated Dylan Galle 257-151.  In the final match, it came down to the 10th frame with Nic Heilman defeated Jamey Kragh 160-152.